Currency - All prices are in AUD

Currency - All prices are in AUD

ABOUT ME - WHAT YOU NEED TO KNOW!

Sometimes I feel like the dinosaur in the cartoon which I've adopted as my personal logo.  I started in the mail order business in 1971, printing my early, 1-page Wholesale lists on a "mimeograph machine" - a messy, do-it-yourself, kitchen-table-top printing system.  A far cry from the Internet of today...

At the same time I started a peddling route, attending the various public Stamp Auctions 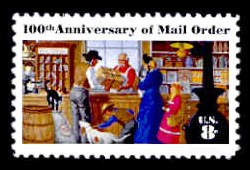 in New York (there were many of them in those days...), buying whatever I felt my customers would need and then driving around to a few dozen stamp stores in the NYC/LI/NJ and lower NY State area.  I'd also show up at some of the Stamp Shows in the area with my (not so) little black bag of stamps & FDCs.  I also maintained a mail-order Wholesale Pricelist of U.S. Stamps.  Scroll down below and you'll see one of these prehsitoric stone tablets.  I maintained this list until the early 1980s.

During the 1980s my business changed when I began to specialize in the field of Postal Stationery.  Still, I continued my "route", wholesaling Postal Stationery... with a little bit of Stamps and FDCs on the side.  This part of my business all but died when commercial rents in the NY area became murderously high, forcing many of the stores I serviced to either move or enter the mail-order business...

I was like the dinosaur in the cartoon at the left, having resisted buying a computer until 1993.  It would still be several years before I would use it for anything other than inventory and typesetting for my mail-order pricelists.  I finally reached the Internet (EBAY) in 1999; I put up my own retail website by 2002.  Wholesale, though, was still something I just did on the side in a somewhat unorganized fashion.

I recently decided to get my wholesale business orgainzed and bring it to the internet.  This won't be easy; Rome wasn't built in a day, and this website won't be built in a day, either.  There's a lot of material floating around the office, but it will take awhile before it's listed.  Please be patient with me and you won't be disappointed. There is no "us" here.  Only me.  My motto is the same as President Harry Truman's; "The buck stops here".  I take the credit for everything that goes right, and I accept the blame for anything that (rarely!) goes wrong.

There are no underpaid teenagers working here.  I buy the stamps, I check them into inventory, I pull your order, I pack it and I stand on line in the @#!$%& Post Office much longer than I'd like to.

I had booths at all the big NY shows in the '70s;  the ASDA Show, the INTERPEX show and the LISDA show (back when it was held at the Nassau Coliseum).  I also took a booth at the Chicago ASDA show (I was politely handed my first speeding ticket on my way home from that show!).

But then, I decided that the life of a "Show Dealer" wasn't for me.  That decision had much to do with my specializing in Postal Stationery.... and the extreme bulk of my inventory.

I look forward to working with you.

Use this link to return to the previous page.   Go Back